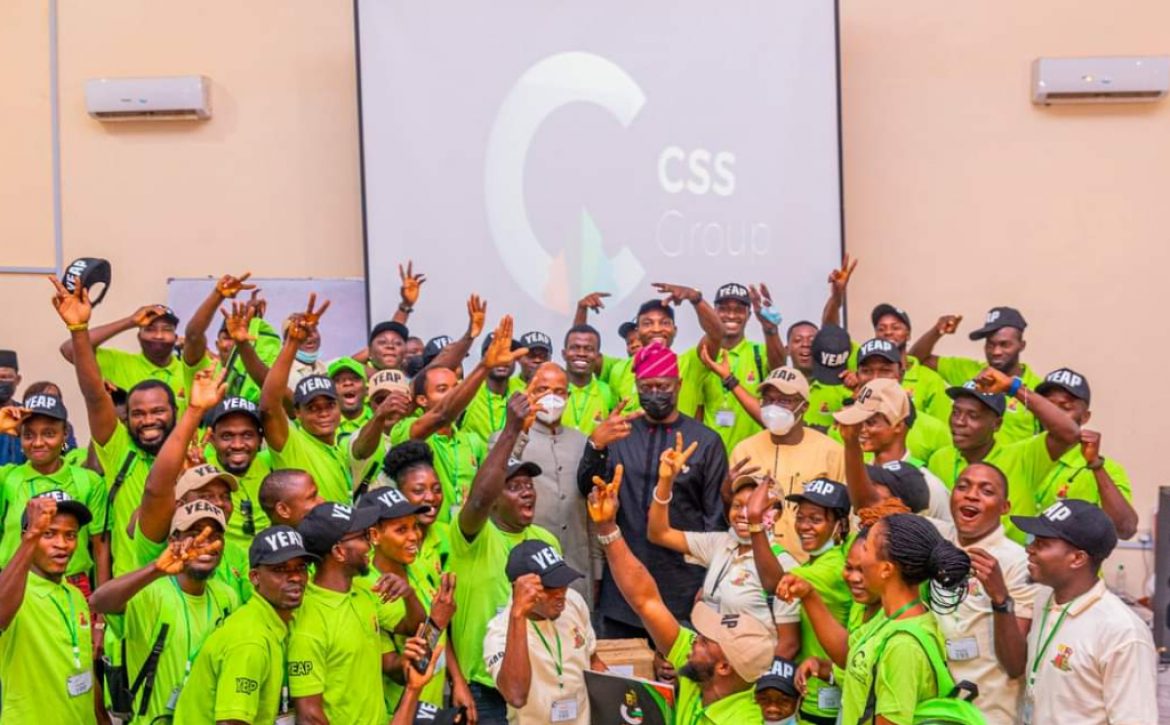 * ‘We are empowering youths, lifting state from poverty to prosperity

…as first batch of trainees graduates at CSS Integrated Farms

Oyo State Governor, ‘Seyi Makinde, said on Friday that the State will expand the State’s Youth Entrepreneurship in Agribusiness Project (YEAP) to enable the training of 10,000 youths by the CSS Integrated Farms Limited, Gora, Nasarawa State.

The Governor made this disclosure while speaking at the graduation ceremony of the first batch of 300 trainees, held at the International Skills Acquisition Centre (ISAC), Gora.

He noted that his administration has embarked on the training in order to lift youths from poverty into prosperity, stating that the Government is determined to empower Oyo State youths so that they can empower others.

A statement by the Chief Press Secretary to the Governor, Mr. Taiwo Adisa, quoted the Governor as saying that the State was going to empower only 1,000 youths through the scheme, but that it increased the number to 3,300 at 100 per Local Government.

He noted, however, that following the richness of the programme and its capacity to turn the economy of Oyo State into a multi-billion Naira economy through agribusiness graduates, Government will now go ahead to train 10,000 youths in agribusiness.

The first batch of trainees were trained by about 15 lecturers/professors across the fields of leadership in agribusiness, irrigation farming, Information/ Communication Technology application in agribusiness, fishery farming and management, hydroponics farming, cassava and rice value chain and poultry farming, among others.

The Governor was given an award of recognition by the chairman, CSS Integrated Farms, Professor John Kennedy Opara, who commended the Governor for being very passionate about his people.

He encouraged the trainees to return to Oyo State and make a difference, noting that to make the Governor and the people of the State proud, they must return with the drive to achieve increased yields in different areas.

While speaking at the graduation ceremony, Governor Makinde, who expressed satisfaction with the training, commended the trainees for being good ambassadors of Oyo State, said: “I know the importance of empowering our youths. I got into business at the age of 29 and now, I am 53. Since the age of 29, I have been paying salaries.

“That is what we want to replicate in Oyo State. Gone are those days when politicians use the youths as political thugs and then abandon them to become burdens to society. We want to empower youths in the real sense of empowerment so that you all can empower others and thereby lift Oyo State from poverty to prosperity.

“We were going to train 1,000 youths but when I got the brief and I came to Saki and saw the youths, I said we should increase that number to 3,300. That is 100 per Local Government.

“We have less than two years and I did my arithmetic and saw that if we are training 600 youths every month, the programme will run for about five and a half months. But with that simple arithmetic we have done, we will increase the number to 10,000.

“Now, the training will go on till the end of next year. This is where we are going. I listened to Prof. John Kennedy Opara’s analysis that if each of you can start with day-old chicks at N230 per bird and you have 1,000 birds; that is just about N240,000, which is about the money for one motorcycle.

“If you sell those birds, you can generate up to a million each in six months. If 10,000 youths can leverage this kind of advantage, that means the State can become a N100 Billion economy in a few years, in just this sphere of endeavour.”

Governor Makinde maintained that the training is the beginning, noting that the State Government would support the trainees, saying: “Look, we are here to support you. We will look for markets for things you will produce.

“Go ahead and incorporate yourselves. Since we have 300 graduates here today, I should have 300 incorporated enterprises and if you are partnering, we should have many partners. The State will support you by giving you the necessary ingredients to succeed.

“I know you are the Youtube generation, send the words out there that this opportunity exists so that more youths can key into the opportunities.

“I look forward to meeting you in the fields and buying some products from you.

“I am glad that I made it here and I am equally glad that when the story of the turnaround of Oyo State is told, our names will be remembered.”

Earlier, the YEAP Coordinator and Director-General of the Oyo State Agribusiness Development Agency (OYSADA), Dr. Debo Akande, said the training is a great opportunity for youths to make a difference.

He maintained that the Makinde administration has sown a seed of greatness for the State, commending the Governor for the decision to increase the number of trainees in the project.

Akande, who appreciated Governor Makinde’s initiative on COVID-19 Food Security Support in which farmers were provided with improved seedlings, said the initiative has yielded positive results as the prices of cassava has been crashed by half in Oyo State.

He added that the training is a starting point for the trainees, noting that everything required for the enterprises has been provided by the Governor.

“Within the next one week, you will know the enterprise you will engage in. Your training was fully sponsored by the State Government but we have a facility with Fidelity Bank that will enable you to start well, perform optimally and if you move up the ladder, there will be other support,” he said.

The OYSADA boss appreciated CSS for doing an excellent job with the first batch of trainees, urging the organisation to continue with the good job.

Also speaking, two of the trainees, Ojekunle Edward Oluwasogo and Ogundiran Omosalewa, commended Governor Makinde for the opportunity provided to the youths, promising to return to the State to make immediate impact.

Ogundiran said: “I appreciate Governor Seyi Makinde for the opportunity given to us. He has been doing amazing things in Oyo State, which we have never experienced before.

“Our Internally Generated Revenue used to be N1.2 Billion but the Governor has increased it to about N3.6 Billion.

“Our politicians used to empower youths with okada, but Governor Makinde brought us here where we were exposed to world-class training in different areas of agriculture and agribusiness.

“We are assuring His Excellency that when we return to Oyo State, we are going to make an impact and will begin to contribute to the growing IGR of the State.” 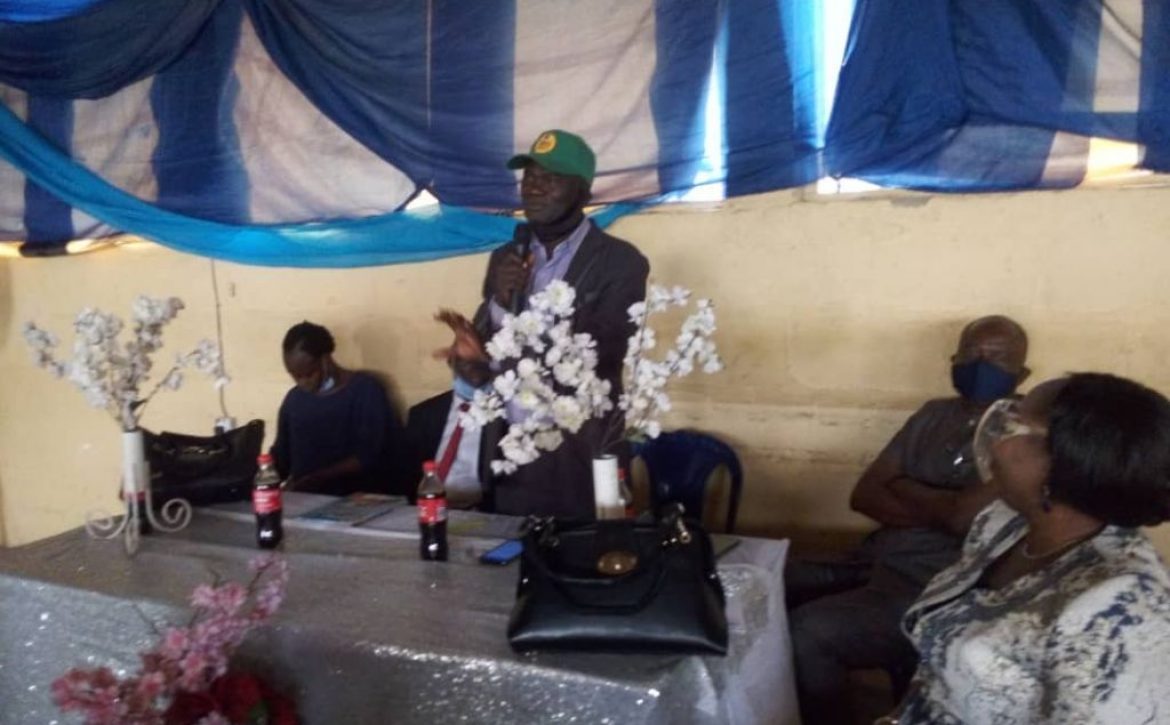 Stakeholders of Start Them Early Program (STEP) of the Oyo State Agribusiness Development Agency have been charged to play a key role for sustainability of the program in the State. The program which is being implemented in collaboration with IITA, Ibadan organized a stakeholders meeting with the officials from the Ministry of Agriculture, Ministry of Education, OYSADA , IITA team and the key players of  the Christ High School, Orita Challenge, Oleyo, Ibadan where a new project is to be executed in addition to the recently completed  ones in the  State.

The Director General, Oyo State Agribusiness Development Agency, represented by the Director of Technical Services, Mr Ilori Olufemi disclosed that the purpose of the meeting was to highlight roles of stakeholders especially the school supported to ensure sustainability of the program for the betterment of the school and development of the State’s agricultural sector. The Hon Commissioner for Agriculture representative, Mr Odedele Solomon congratulated the Christ High School Management for being part of the beneficiaries in the program and admonished them to make best use of the opportunity to build themselves as well as their students in agribusiness enterprises.

Engr. Akeredolu Martins from IITA congratulated the school Management for the opportunity given by the administration of Governor Seyi Makinde to empower youths in agribusiness by replicating IITA environment in schools in terms of infrastructural development and promotion of agribusiness. He added that beautiful structure can deteriorate if there is no proper maintenance, monitoring and team spirit among the stakeholders.

The Local Inspection of Education official, Mrs Adesina Olubunmi speaking on behalf of Commissioner for Education and school Management assured the sponsors that there will be proper monitoring and stakeholders will work as a team with the school to ensure successful implementation and sustainability of the program.  After a brief talk by Miss Chinmen and her STEP team from IITA, questions were entertained and answered and vote of thanks was given by the Oyo State STEP Coordinator, Miss Bola Olarinde. 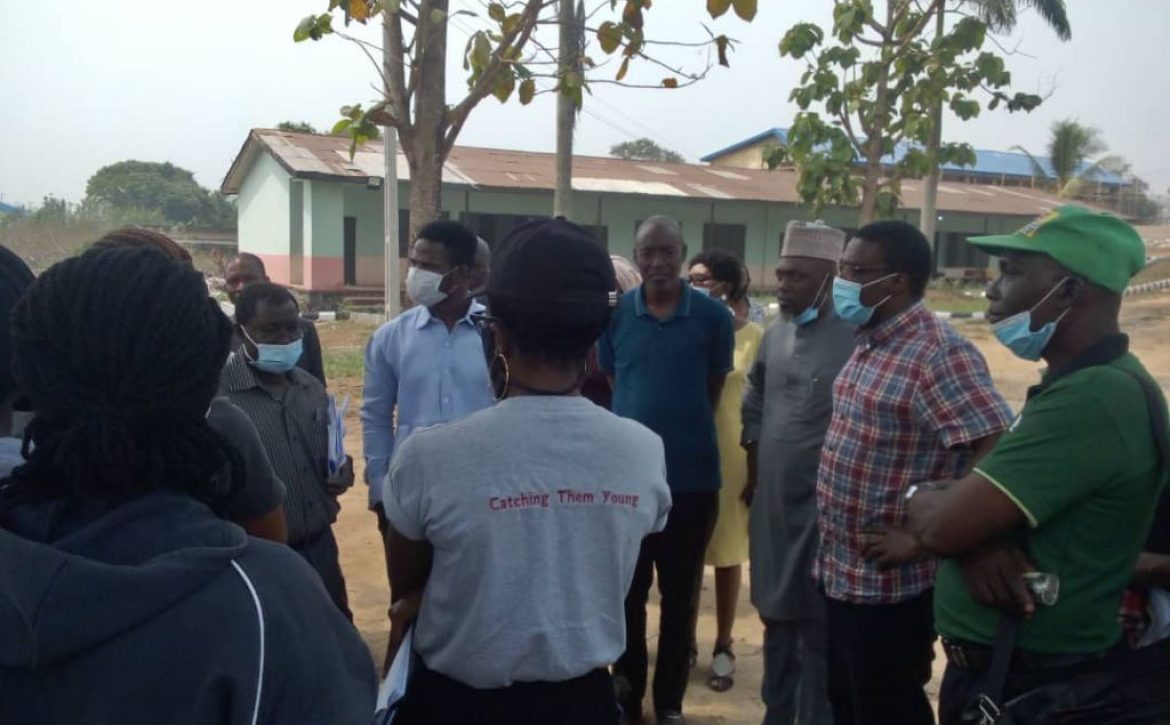 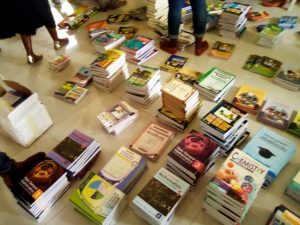 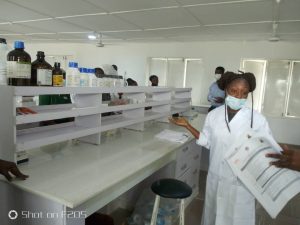